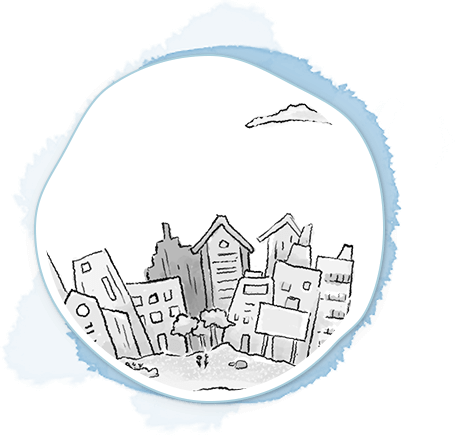 We are ethical online marketing experts

Jon Hoffenberg is the Founder and President of SEOversite and a graduate of the #1 business school in the country, the Wharton School at the University of Pennsylvania. Jon brings a deep understanding of online marketing, entrepreneurship and business development, cultivated over nearly two decades of executive management experience.  Jon opened his first company at the age of 19 which grew into a team of 45 and by the age of 27 had a team of over 2,000 people in 13 locations.  SEOversite (its parent company, YellowTelescope LLC) has been led by Jon since 2008, and is an industry leader in digital consulting and online marketing oversight.

Jon has been awarded and honored for his philanthropy and business acumen. The South Florida Business Journal named Jon as one of “40 Under 40” Business Leaders in South Florida. Further, he was named the “HYPE Entrepreneur of the Year” by the Greater Miami Chamber of Commerce, as well as a “Top Workplace Professional” by the Sun Sentinel.  Jon is a frequent lecturer and published writer. He has spoken at, or been featured in, Start-up Nation, Modern Medicine, ISAPS Journal, AE Magazine, New Retina MD, AAFPRS, ASPS, NYRSPS, ASCRS-ASOA, SFO-NFO, Millenial Eye, HT360: Volume 3 and more. SEOversite has been named a preferred Affiliate of RealSelf.com, Wyncode Academy, PracticeDock.com, eMerit.com, and SiteStaff.com.  Jon sat on the Board of Directors of the Miami-Dade County Library System Friends organization.

Ed Syring is the Senior Vice President of SEOversite and a Partner in the firm.  Prior to his undergraduate studies in the art and science of Communication at Wake Forest University, he discovered a passion for the psychological principles that dictate human behavior in sales, management, and marketing.  At 18 he ranked in top 40 out of his company’s sales force of over 30,000 before being promoted to management, eventually managing hundreds of salespeople and conducting thousands of interviews.  Ed has become an expert in marketing, sales, and business development with over 15 years of demonstrated results.  He has a fervent desire to help businesses determine their marketing needs and develop online marketing strategies that will provide the highest return on investment.

He has spoken at, or been featured in, Wyncode Academy, Modern Medicine, AAFPRS, ASPS, ASCRS-ASOA, SFO-NFO, Millennial Eye, and more.  He is a member of the Executive Committee for the Friends of the New World Symphony and active supporter of the burgeoning Miami arts and cultural community.

Born in NYC, raised in Delray Beach, FL, Ed has been in Miami Beach since 2009.  He’s still regularly exploring the area via Vespa and paddleboard.  He is a whisky connoisseur always chasing Jon’s level of taste and appreciation, avid art and antique collector with an eclectic passion for design, curious musical aficionado & food lover. He is grateful to be outside in the South Florida weather, even in the summer.

John Berry has been with SEOversite since its inception and currently serves as Vice President. He has helped generate millions of website visitors & leads, and 10’s of millions of dollars in revenue for SEOversite clients since 2012. He provides digital strategy for dozens of growing SEOversite projects and personally oversees the spending of millions of marketing dollars annually. John has hired or managed over one thousand staff members during his career and lectured to thousands more. He has served as a lecturer on faculty at ASCRS-ASOA, AACS, VCS, ASPS, ASAPS and ASAPS-Australia.  In addition to being an expert in client relations, team building, management, and accountability, John’s desire to ensure client satisfaction is his top priority.  He provides SEOversite clients with a unique perspective thanks to his ability to dissect and diagnose online project issues using logic and experience from both the supplier and the customer viewpoint alike.

Matthew is a lover of all-things-digital. He manages paid social media advertising for our iScreamSocialMedia clients, in addition to managing e-mail marketing, Instagram Reels & Stories, and more. As our in-house SEO and PPC specialist, he is always keeping the team informed on the latest trends & strategies. An analytics whiz, Matthew has a Bachelor of Arts in Business Management from Florida Gulf Coast University and holds certifications in Google Ads, Google Tag Manager, and Google Analytics.

Jill Peeling has served as a Vice President of Operations with SEOversite since 2014, overseeing the day to day operations of SEOversite as well as supporting dozens of web marketing clients annually. After graduating from Tulane University, Jill served, for nearly a decade, in executive sales, marketing and operations roles within the pharmaceutical space.  Jill has spoken on faculty at both ASCRS-ASOA, ASPS, and AAFPRS.  Her published articles can be seen in Start-Up Nation. A major component of Jill role is overseeing the vetting process for web vendors seeking coveted Preferred Vendor status with SEOversite, and works with the SEOversite executive team to differentiate the nation’s best web gurus from the rest of the pack.

Jill is originally from Newton, Massachusetts and has spent over a decade residing in sunny Miami. Jill is a lover of travel, dining, music, theater, television, the New England Patriots and all things Boston. She is also a fabulous mother to one daughter and a thirteen year old dog, Fenway.